Although torrential downpours flooded roads and caused landslides in San Francisco on Tuesday, February 26, rays of vivid light seemed to radiate from six bottles of wine, each one carefully uncorked by Aurélien Valance, the Deputy General Manager of Château Margaux. Valance played host to a tasting like no other—over two hours, the two dozen lucky guests, took a spiritual deep dive into wine’s hallowed past.

What most of us know about Château Margaux only just scratches the surface. The icon of Bordeaux’s Left Bank, it was classified a “First Growth” in 1855, but the Chateau’s impressive rise to fame and glory begins some five centuries earlier, long before its 100-point scores, and light-years before the price of one bottle would climb into quadruple digits.

As Master Sommeliers and Master of Wine Candidates filled glasses, Valance talked of Margaux’s inception. “In the beginning, we did not make wine,” he began. “Margaux is close to the river and people from Bordeaux were afraid they would be attacked, so they built a fortress.”

That fortress is Château Margaux, perched atop pebble-rich land, 15th Century—55 years before Christopher Columbus’ first set sail in search of a water route west from Europe to Asia.

“You cannot find the soil of Margaux anywhere else,” Valance stated. Although wines have been made at Margaux for five centuries, the earliest indications of what was grown, how grapes were harvested, and how wine was actually produced was recorded in a book dating back to 1710, by one winemaker who “wanted to write something for the next generation of Margaux winemakers,” Valance said. “This book describes each plot and the qualities that each plot delivers. The advice on winemaking is not to make more, but to make better wine, and even when to pick grapes!”

Margaux is unquestionably a special First Growth estate. It was the only Classified Growth to earn a perfect score (20 out of 20) when the 1855 Classification of Bordeaux—which defined the region and is still used today—was published. And uniquely, the appellation of Margaux owes its name to the 12th Century castle Margaux, which employed so many people that a village sprouted up around it, and the village was aptly named in honor of the castle. In France, however, it is illegal to have an appellation named after a winery. There is no Haut-Brion appellation or Lafite appellation. Haut-Brion is in Pessac, while Lafite is in Pauillac.

“We had to go to court and show that the appellation took the name from the original castle Margaux!” Valance said, laughing almost in disbelief at the fact that if they had lost the argument, Château Margaux could have been forcedto change its name.

Margaux’s modern-day success is credited to André Mentzelopoulos, whose incredible upgrades to the cellar are considered a turning point in the Château’s rich history. The torch-bearers today are the General Managers—the late Paul Pontallier whose 33-year oversight left an indelible mark, and now Philipe Bascaules, General Manager, and Valance have their chance to mint a place in history.

From a modern office suite in downtown San Francisco, the lineup of wines sampled included a 2016 Pavillon Blanc du Château Margaux ($365), of which 10,000 bottles are produced annually. It is a complex and ethereal white comprised entirely of Sauvignon Blanc, aged in large, neutral barrels, on the lees with bâtonnage stirring. Striking aromas and flavors run the gambit of citrus, white florals, and stone fruit to dried apricots, white peach, poached pears and a long, long mineral finish, bracketed by scintillating acidity.

The stars of the show were the Grand Vin bottlings of 1996 Château Margaux ($1,150), 2001 Château Margaux ($675) and 2009 Château Margaux ($1,250). All three were marvelous, and equally complex in their own right. A stunning consistency ran throughout—brilliant perfumed aromas, which Margaux is known for, redolent of dried rose petals in cooler vintages, and crushed violets in warmer years like 2009. From black cherry and dried, crushed rose petal aromas, to sumptuous turned earth, cigar box, tobacco leaf, and savory and sweet brown spices, black olives, worn leather, cedar smoke, and Madagascar vanilla bean. The textures were ethereal, with silky and satiny elongated tannins, layered by cherry liqueur, blackberries, blue fruits, and crushed stone minerality—the 1996 (a 100-point Rober Parker blockbuster) was the real deal, bursting with the kind of concentration and structure that makes you shake your head in disbelief.

The tasting, arranged by Wine Access, is just the first in a string of efforts to “share our love of wine with our members,” as Vanessa Conlin, Wine Access’ chief wine expert and head of wine explained. “There is nothing that makes us happier than seeing the same excitement we feel about wine in other people.” Conlin pointed out that “We travel the world to make these kinds of events happen—these things don’t just happen,” she added for emphasis. Château Margaux’s deputy General Manager doesn’t just show up at parties in the U.S. without good reason. “Our winery partners want to work with us because they know the caliber of the wine team that recommends the wines, the savviness of our members, and the power of the content we generate to tell their stories,” said Conlin.

“Our approach is always to create an intimate connection between our members and the people responsible for making the wine,” said Joe Fisch, CEO of Wine Access. “We think of the Wine Access community as a family and they love it when we deliver an experience that allows our members to discover and enjoy truly exceptional wine. We really seek out connecting people in a real way. Last night was such an exciting event because we were able to live that out not just within in our daily email offers, but through a real human connection.” 2016 Chateau Margaux Pavillon Blanc. 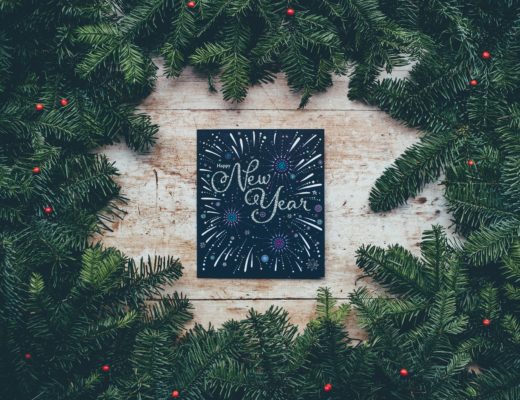 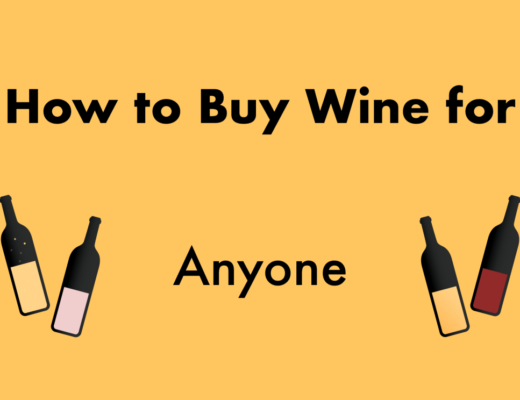 How to Buy Wine for Anyone

July on the Wine Trail 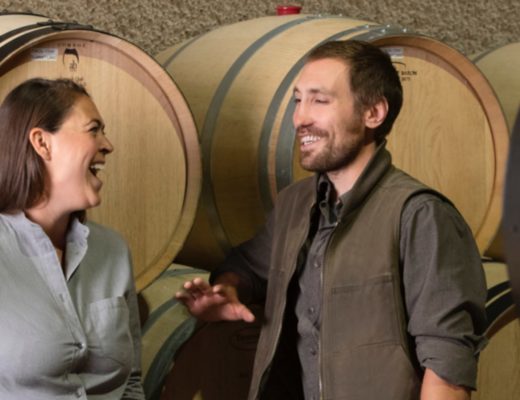 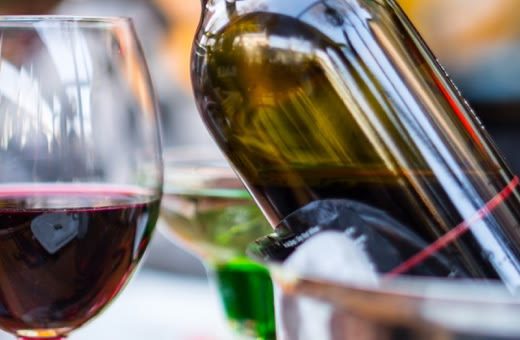